The weather forecast did not fail in truth. It may be the end of September/the first week of fall, but it is indeed in the 90’s outside.

I traded in baking for poolside studying yesterday, but today I was determined to celebrate the start of autumn by making a favorite fall food… whether or not that meant having the AC and oven on simultaneously.

Starbucks’ slices of pumpkin bread tantalize my taste buds every time I order a latte, as it’s available year round. I am not a fan of the company’s treat case for the most part, but I discovered some time ago that their “simple” pumpkin loaf with crunchy pepita topping goes rather nicely with a creamy soy latte. 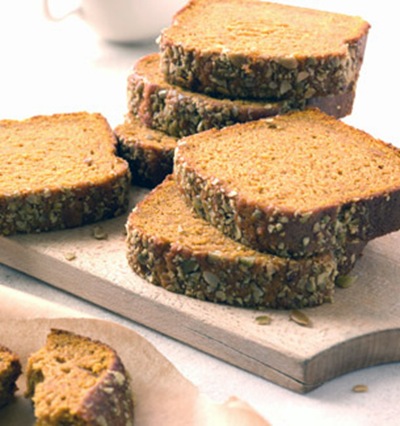 There’s always a negative with a positive: sugar as the #1 ingredient, enriched flour, food starch – why?

Almost 400 calories including 60g of carbs and 38g of sugar in one innocent slice… and that doesn’t include my 200 calorie beverage. Calorie-dense snacks such as this are playing a huge role in our obesity epidemic, so I learn in school.

I didn’t even glance at the thick slices of mysteriously moist pumpkin bread starring at me through the case as I ordered my iced soy latte at Starbucks this morning. Instead, I carried on home and pried open my first can of organic pumpkin for the year. 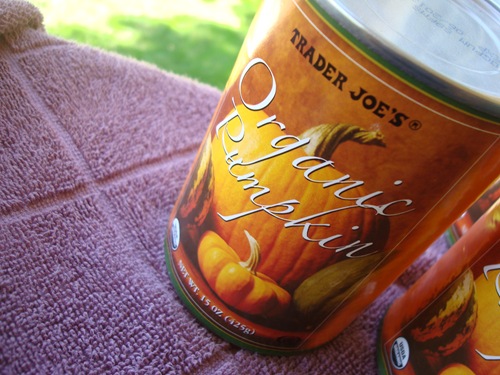 Not My Mother’s [Pumpkin] Muffins

I used the recipe that my mom made habitually for us growing up as a base for these muffins; though I love those muffins more than anything, I decided to make a hybrid between the traditional muffins and my guilty Starbucks pleasure.

Mix together sugar, oil, eggs, and pumpkin. Sift together all dry ingredients [including the pecans], then add a little at a time to the pumpkin mixture, alternating with the water. Mix batter after each addition. Fill paper-lined muffins tins 2/3 full, then sprinkle the top with pepita seeds and raw sugar. Bake @ 350* for 22-24 minutes.

Watch out Starbucks, you have some stiff competition. 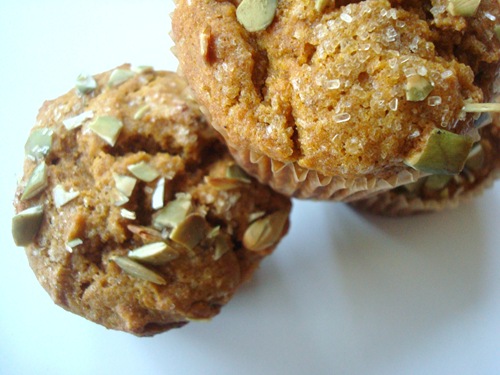 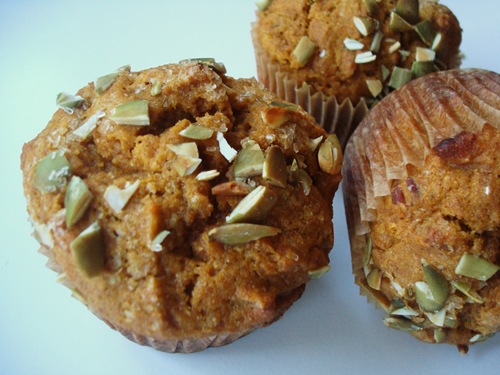 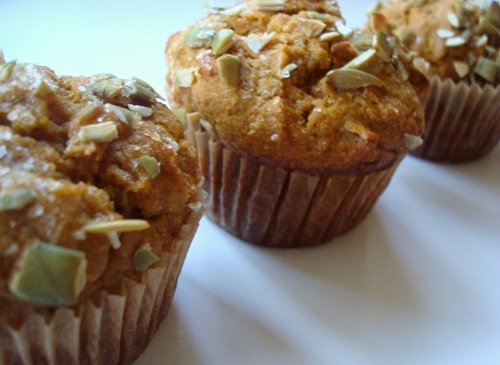 The muffins were a success, though there was a notable difference in flavor from the pumpkin muffins that are produced in my mother’s oven. These were a bit less sweet [with 1 cup of sugar!?], and her signature chocolate chips were most definitely missed.

I’m still a little unclear what season it is – summer seems to be sticking around here – but I know one thing for sure: it’s pumpkin season! 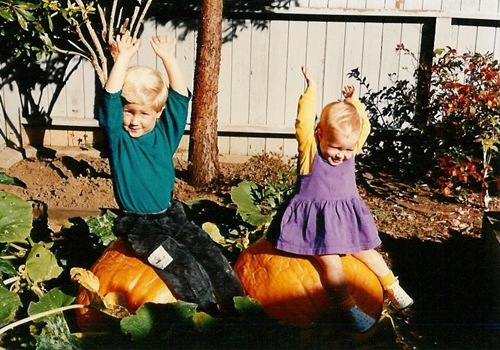 … so raise your hands in the air!

With another healthy recipe from my sunny California kitchen,

« When Life Gives You Lemons
PUMPkin Season No More »