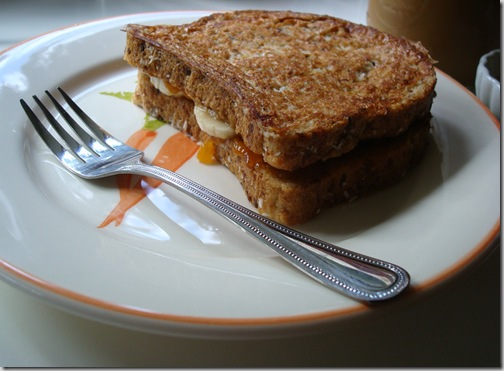 This may not look like much, but according to the title of this post, I hope your mouth is watering.

As I was folding laundry late last night, my stomach began grumbling and so, naturally, I began dreaming up breakfast recipes. It was Sunday, after all, on a holiday weekend, so I wanted something more than the ordinary.

The Fall French Toast Sandwich I created last November popped into my head; though, because I haven’t stocked my cupboard with an ample amount of Vitamin A (a.k.a. canned pumpkin) for the upcoming season, I decided to go with one of my favorite flavor trios instead – almond, apricot, and coconut. 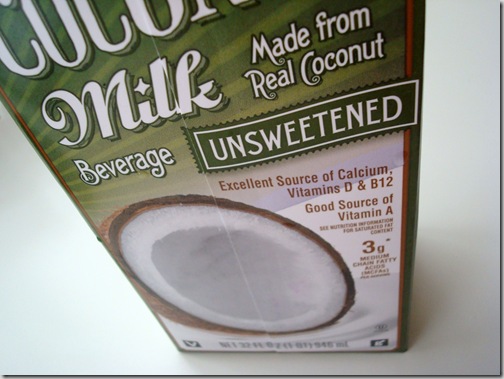 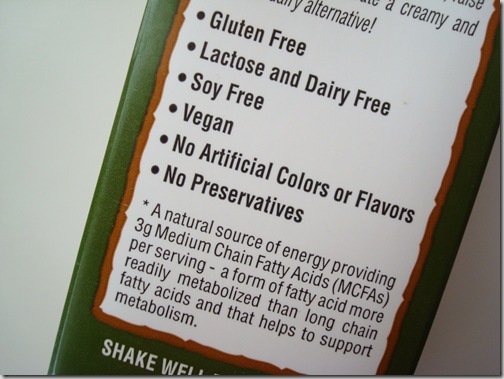 I purchased a container of coconut milk a few weeks ago (a new TJ’s item) and have been enjoying the nutty milk in smoothies and oatmeal. Coconut milk is quite popular these days amongst the health foodie community; however, I’m still wary of eating a large amount of coconut due to its saturated fat content (5g per 1 cup). Everything in moderation ;) 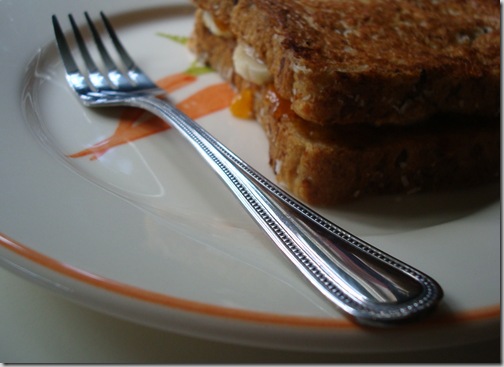 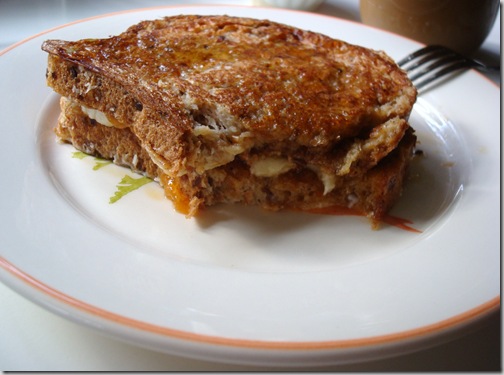 Spread almond butter one slice of bread, apricot jam on the other. Place slice bananas on one side and top with second piece of bread to make a sandwich. In a baking dish of some sort, stir together milks, egg whites, unsweetened coconut and vanilla. Place sandwich in liquid mixture and allow to soak on each side for 2+ minutes.

Cook the sandwich on a lightly-greased griddle over medium heat, approximately 3-5 minutes on each side. Serve immediately with a drizzle of real maple syrup. What’s French toast without syrup!? 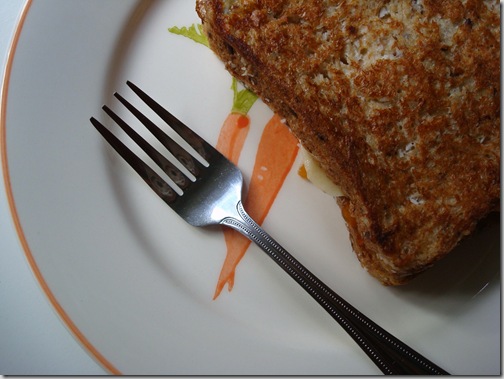 This recipe delivered all that I had hoped for and more. Yes, it sure did!

At the beginning of August, I made a few lose goals for the final month of summer, so I thought we’d revisit them before continuing on with this spectacular month of September.

I practiced yoga 6x during the month, finishing the month with my 50th yoga class at the WREC on August 31. This isn’t enough yoga for me to feel the benefits, but I’m happy that my fall schedule is able to accommodate much more mat time :)

Coincidently, I also swam 6x in August. I hope I can swim at least that much again this September before the cooler temps arrive. Gotta work on that tan ;)

I haven’t signed up for Half #6 (yet), but I did register to run the Chico Ten again… which, I might add, is less than two weeks away – eek!! I haven’t been running much at all these days, so it’s time to cram in the trianing. 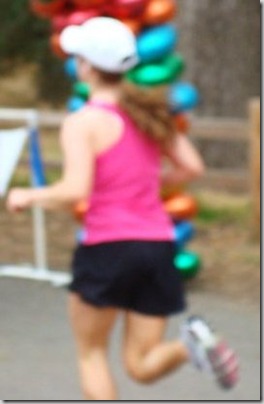 I added three healthy recipes to my recipe page in August – enjoy!

That’s all for now, friends. I hope you’re enjoying the long weekend and that September is off to a splendid start!

Did you make any September goals?

Are there any races on your fall calendar?