Well, if it isn’t a fashionably (ahem, almost two weeks) late race recap. In the immediacy of the blog world, two weeks is 14 days. Hah, nevermind my attempt at being the slightest bit humorous. I’m just going to write the dang post already… 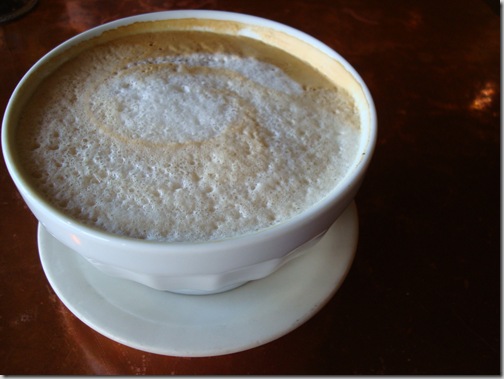 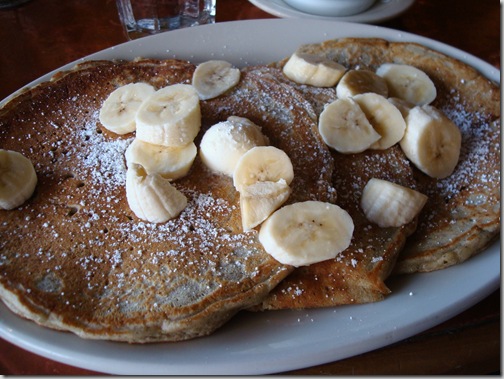 Ohh, you thought I was actually going to “talk” about running. Obviously the most important part of any race is what you eat afterwards to replenish the glycogen stores: a frothy soy latte & fluffy banana buckwheat pancakes @CafeBernardo.

Carbs are a runner’s best friend.

After training my booty off for this race, I woke up Sunday morning feeling prepared.

After slipping into my race outfit, I drank a glass of iced coffee with a splash of milk and ate a small piece of g-free toast with PB & 1/2 banana – typical.

Fast forward through the 100-mile drive, finding prime parking, and an easy packet pick-up… It was now around 7:00am, and I realized I hadn’t eaten anything on the drive as planned and needed to add to my glucose supply. Enter 1 Cappuccino Larabar.

Everything leading up to the race had been ideal: training, travel, fuel. I should have formulated that foreshadowed a great race, but I didn’t put two and two together.

I had a goal for Half #6, one I kept secret from the world wide web. My ultimate goal was to run a 7:30-pace race, but I would have been happy with a PR of any sort.

I didn’t have any smart strategy to do such other than trust my training and use my Nike+ SportWatch as my pacer. This all changed when I got to the start line.

I smiled, said “Dream on, Hillary”, and continued to fidget until the gun went off. Only a few blocks from the start, I naturally caught up to the cute pacer. Instead of worrying about starting out too fast, I didn’t have a care in the world. I was running – comfortably – on a beautiful Sunday morning, next to a handsome, fit fellow. You could have fooled me I was in a race.

I continued to run by his side for the greater first half of the race as we zig-zagged through much of the same route of the half-marathon that wasn’t. Spectators sipped their morning joe and cheered for participants as we stampeded through their suburban neighborhoods; sunshine was surprisingly abundant for an early February day; everything was right in (my) world.

Truthfully, paying attention to the scenery wasn’t of top priority. I was a little distracted… so distracted that I managed to stay under my goal pace for the first 8 miles!

I felt strong the entire race. Let me rephrase that. I was on Cloud 9 for 1 hour and 36 minutes and the several hours following from the post-PR endorphin high.

Eventually, Pacer Boy and I began to part, though I kept his bobbing sign within visible distance. The last 5K was tough. I could have used his motivating “good jobs” at Miles 11 and 12; but instead, I had to use my own mental strength (and epic playlist) to push me to the end.

Note: I panicked when my watch read only 13.02 miles at the finish line, but I will assure you the course was 13.1 miles. Often GPS devices lose signal under concrete underpasses, of which there was more than one.

When I looked at my mile times, I’ll tell you, honestly, that I was disappointed to see positive splits. 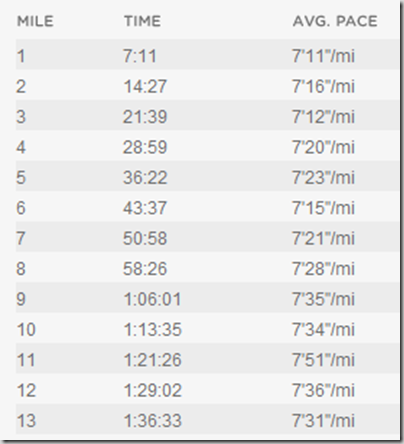 Then, I turned on the right, positive mindset and congratulated myself on my accomplishments: 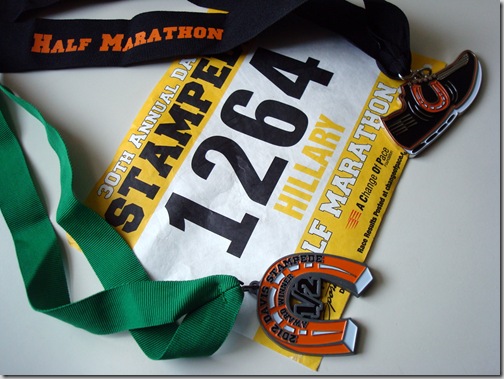 Half-Marathon No. 6 was a blast! When I crossed the finish line in the time that I did, I had a lot to reflect on and a lot to be grateful for.

Running is so much more to me than the obnoxious pink shoes, high-tech watches and rock-solid calf muscles. Since my first half-marathon in 2008, I’ve knocked almost 30 minutes off my time due to sweat, love and tears. The training from then until now has not only defined my body, but it has defined my life. Running gives me clarity, purpose, the sense of who I am… and very tight hip flexors. 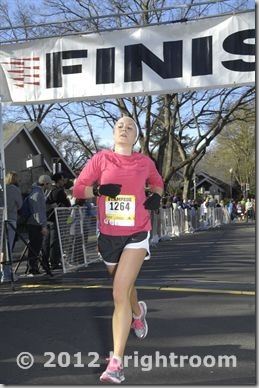 That concludes the chapter of Half #6.

Coffee: cooling in the fridge. 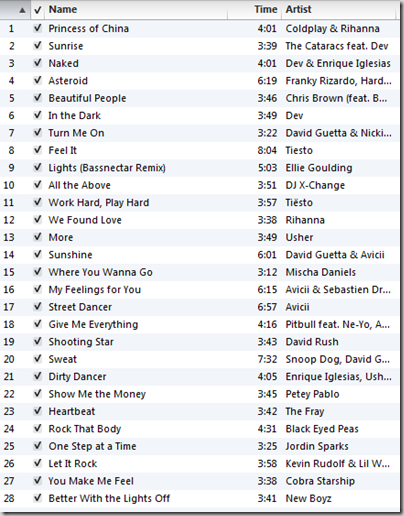 I have only taken ONE true rest day from exercise since December 27th. That makes 40 days of solid training for Half #6 and many the miles. 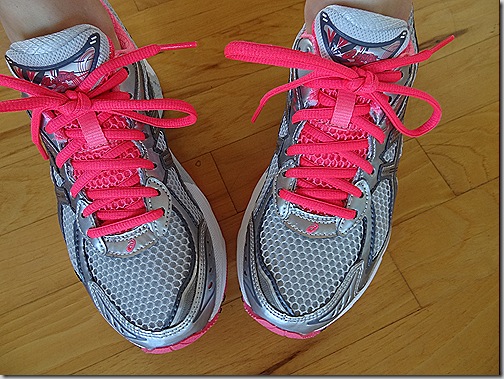 See ya at the finish line!

…and the giveaway winner:

I just got home a bit ago from a chilly 6-mile run – no music, just thoughts.

Speaking of running, I registered for my 6th half-marathon today – yippee!! I took advantage of the 50% off voucher I got from the half-marathon that wasn’t in July. Training details to come…

Are you running any races soon?

Post-run, I refueled with Van’s gluten-free toaster waffles. I jumped the gun on Waffle Wednesday a day early. 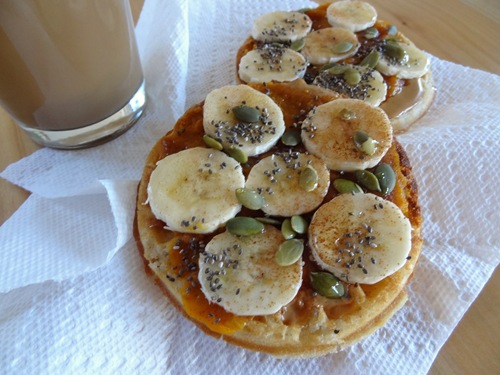 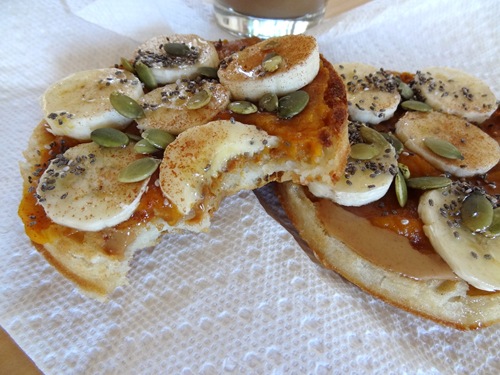 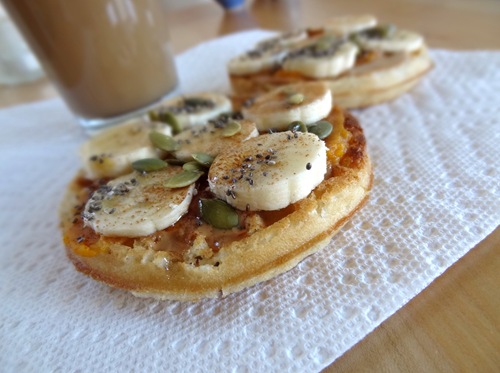 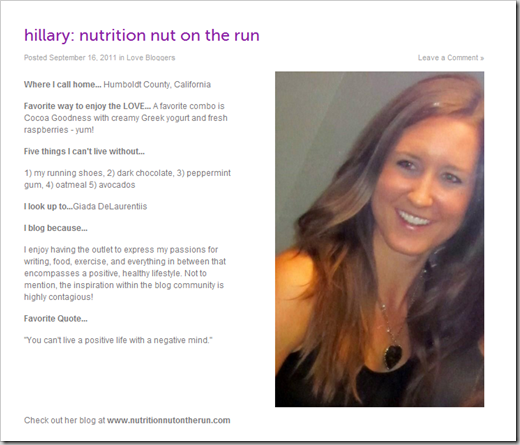 Thank you for your support in voting for me in the Love Blogger Facebook Contest. I’m honored and excited to a part of the LGF team.