Let us continue… after my memorable morning, my aunt and uncle [who are are currently travelling the parameter of the United States via RV], met up with – exhausted, yet ever so happy – me for a full day of Chicago adventures. Somehow, our day ended up revolving around food. Huh, I wonder why? ; ) If you didn’t know already, I’m not the only foodie in my family.

I climbed into their truck, and before I knew it, were were miles from the hotel in a quaint neighborhood – I’m convinced my uncle has GPS in his veins ; ) Our first foodie mission was Italian ice. With only an AllieBar in my stomach, I was up for a refreshing treat in the sticky heat.

I know what you’re thinking… Mario’s Italian Lemonade… it doesn’t exactly look like a destination for gourmet foodies. Well, this is one instance where you can’t “judge a book by its cover”. 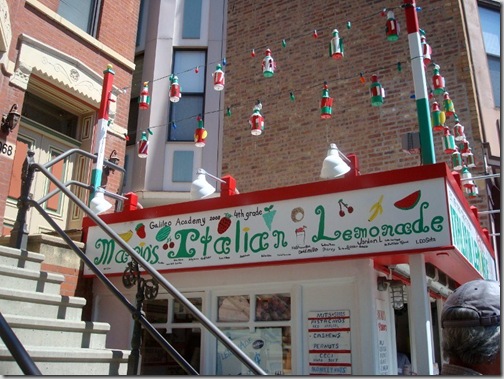 All natural. Real fruit. Real sugar. The real thing! This was no water park snow cone, folks. No no no. 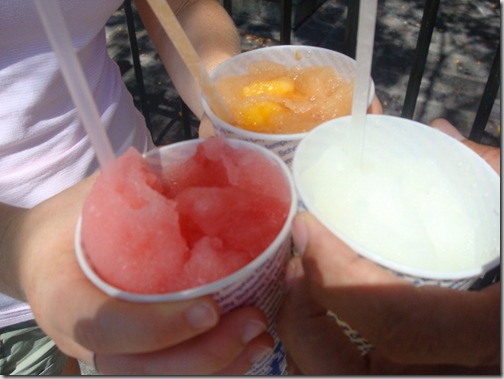 Original lemonade for my uncle. Watermelon for my aunt. Juicy peach for me. 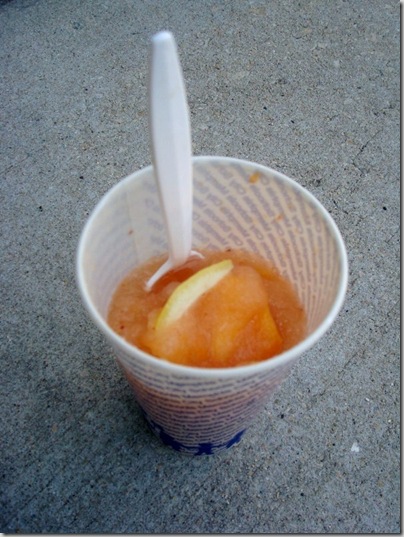 Chunks of lemon rind – oh, you are wonderful!

I give Mario’s an A++. I’m pretty positive my aunt and uncle would agree, as they were Mario’s #1 customers all week : )

Though tasty x 10, shaved iced isn’t a substantial snack. The afternoon was growing later, and we were due for lunch. I wasn’t about to leave Chicago without experiencing deep dish pizza. Enter Pizzeria Uno. 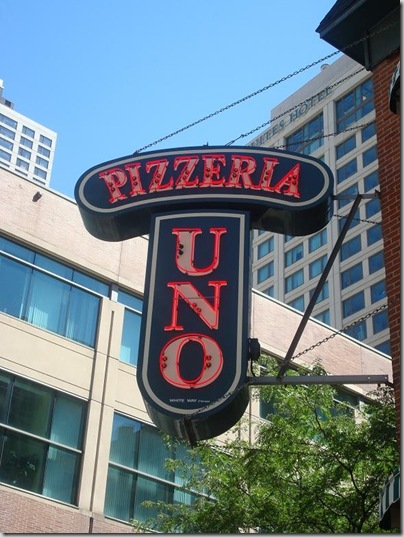 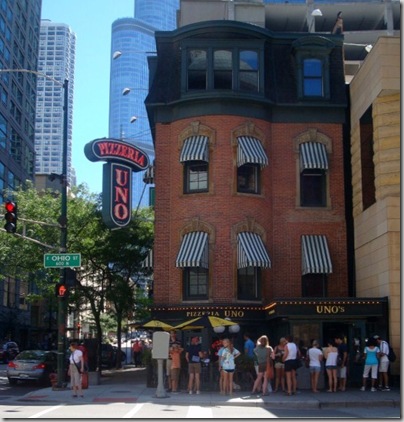 A popular place, we had a 40-minute wait. 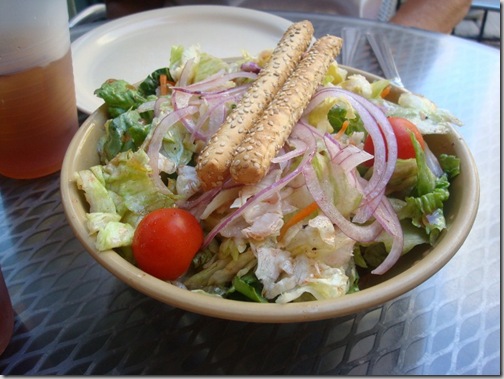 Salad bowl and classic iced teas to share while our pies were in the oven. 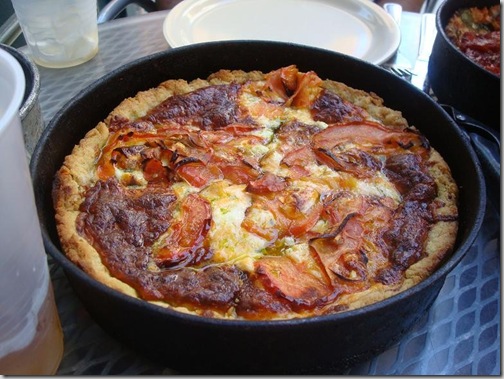 At last! We shared two small pies [though, one would have been plenty]. 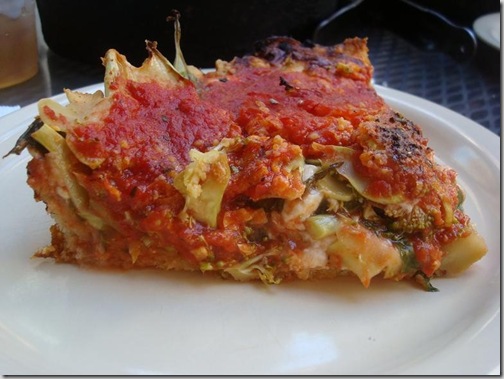 The crust was my favorite part. I wasn’t expecting it to be buttery like a flaky pie crust or biscuit, but it sure was not chewy like I imagine pizza crust to be. I enjoyed every last crumb of butter + flour.

We ignored the fact that our waistbands were feeling a bit more snug, and forged on [by foot!] to our next place of interest: Garrett’s Popcorn. When I first told my aunt I’d be travelling to Chicago this summer, Garrett’s was one of the first places she mentioned was a must.

A few block up and down The Magnificent Mile, we spotted Garrett’s by its long line stretching down the sidewalk. We didn’t need a sign to know we had made it to the right place. 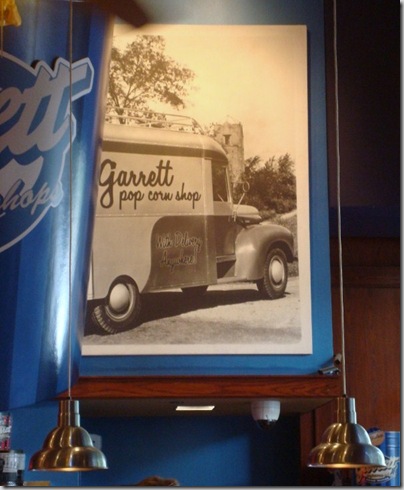 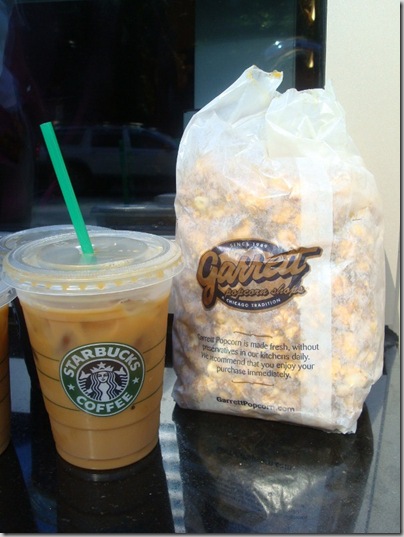 We decided on a couple “small” bags of traditional caramel corn. Why would you want something else when you can have butter and sugar? Although stuffed with pizza ‘n’ treats, I was in desperate need of a pick-me up. Thank goodness you can find a Starbucks on almost every city corner. With our energy semi-replenished, and our thirst quenched, the walking ensued… 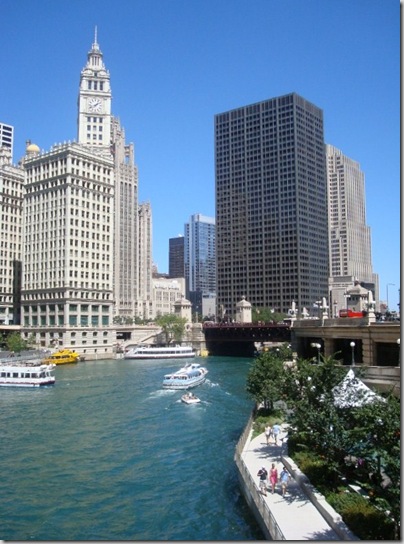 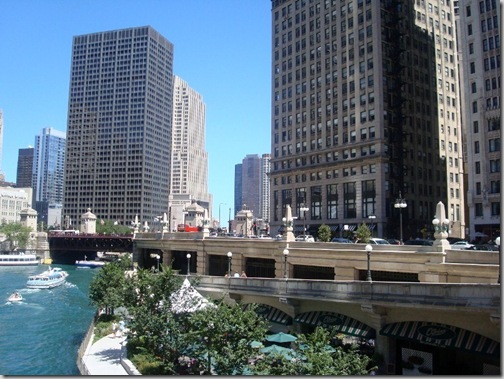 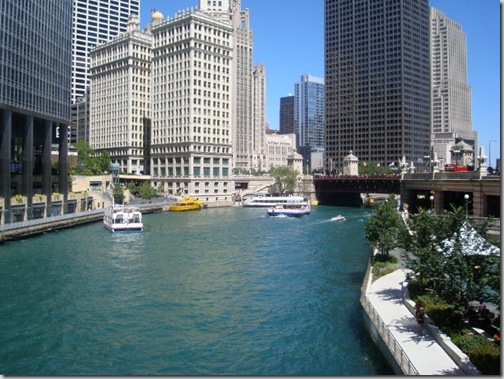 I love that the Chicago River runs through the heart of the city. 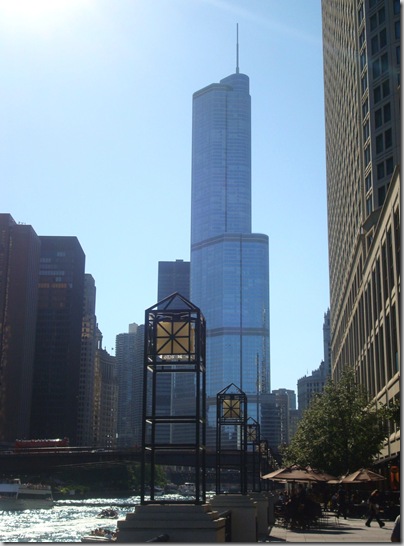 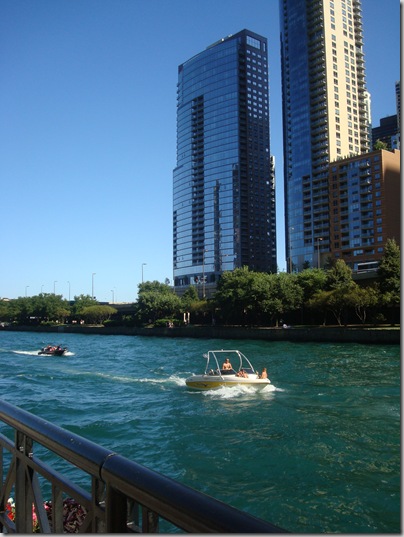 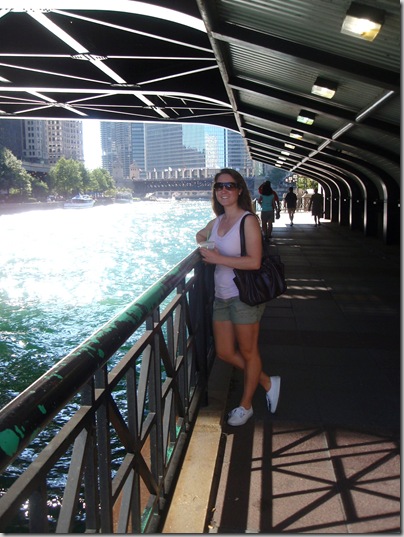 Hiding out in the shade.

Photo/rest stops were a plenty. 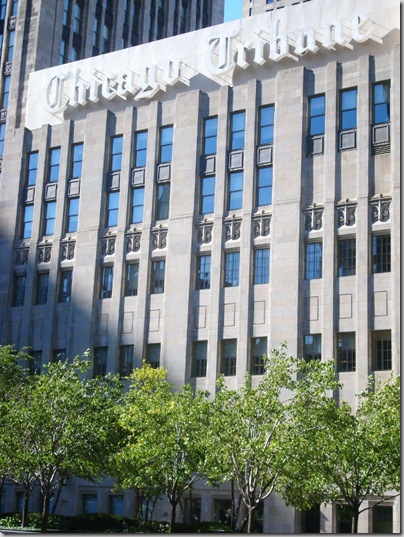 Perhaps they have a job opening!? ; )

Our foodie excursion came to a close by late afternoon. The only thing we didn’t cross off were turtle sundaes. It’s an impossible task to eat all of Chicago in a mere few days, though we tried!

To the Northeast corner of Illinois we drove through soybean and corn fields [who knew!].  There we slept for the night in their RV in “the middle of a soybean field” – firsts for me!

Monday was scheduled for another early rise. We caught the train [another first!] into the city, followed by my second breakfast at The Corner Bakery. 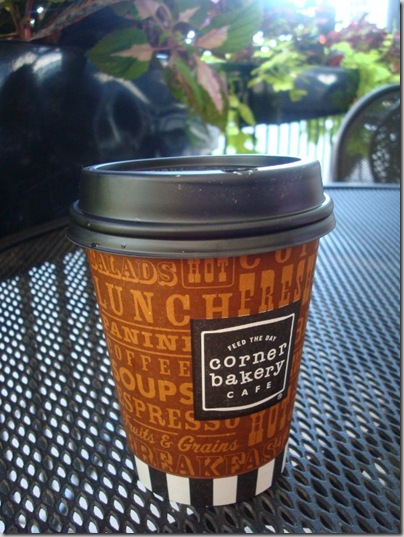 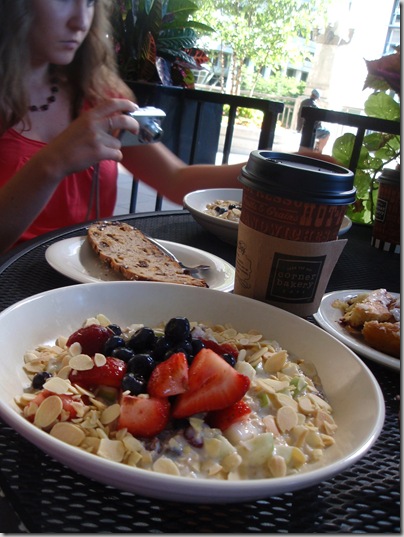 Fueled for a longgg day of travel, my aunt and uncle rode the ‘L’ with me to Midway Airport.

Did I mention I had an unknown ear infection, runny nose, and “missing” luggage with my bag of caramel corn? A miserable way to end an epic weekend, but I don’t think anything could have ruined my trip. It was priceless.