It’s crazy that is has been almost one year since my mom and I took off on our mother-daughter European adventure. It’s even crazier that I have yet to finish recapping our epic vacation. It truly was one of the best trips of my life. 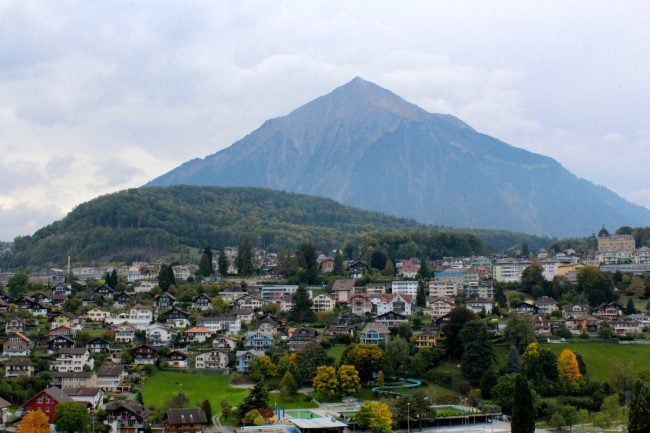 Our second full day in Switzerland took us to new heights, literally. After staring at the immense peak of Mt. Niesen, a.k.a the Swiss Pyramid, from our hotel window the past couple of days, we decided to just, um, go to the tippy top! This was actually recommended to us from the friendly Swiss family we met on the train traveling in to Switzerland. You can hike up the beast of a mountain, or you can take a train that takes you up the mountain in about 20-30 minutes — a vertical shot to the top. 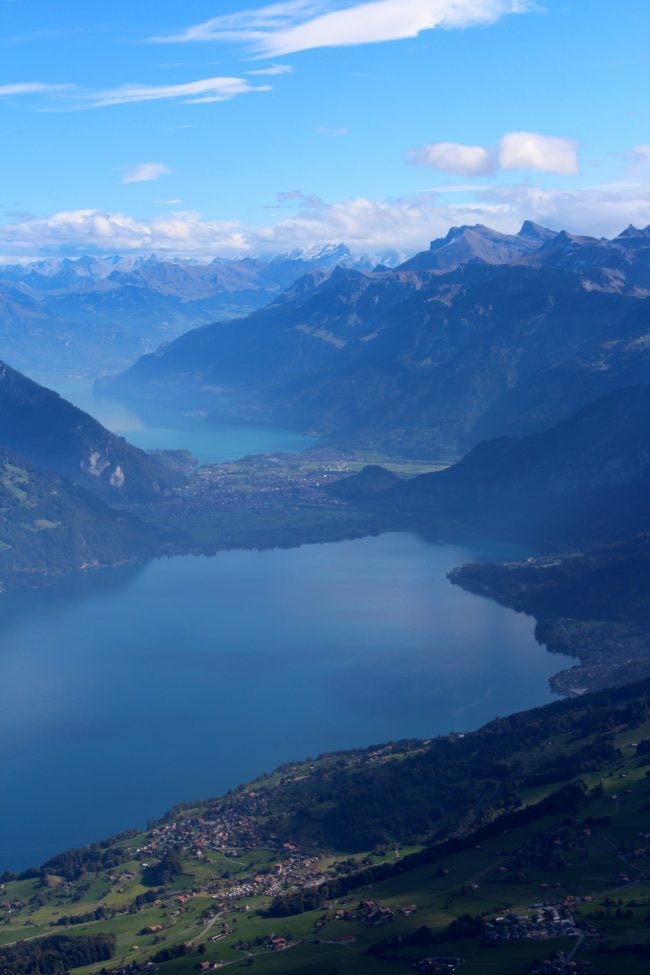 The itty bitty (but adorable bright red train) was a test to my anxious-self, but when we made it to the top, the 360 degree views were worth the shaky ride. At 7,749 in elevation, the beauty of the white-capped Swiss alps and lush green valleys is unbelievable and can hardly be captured in a camera lens. Standing on the top of a mountain in Europe that I will most likely never stand on again, with sunshine peaking through my sunglasses, and crisp, early October air nipping at my nose, a wave a gratitude rushed over me for this day, this once-in-a-lifetime experience… this oh so wonderful life.

The summit of the mountain can be reached easily by using the Niesenbahn funicular from Mülenen (near Reichenbach). The construction of the funicular was completed in 1910. Alongside the path of the Niesenbahn is the longest stairway in the world with 11,674 steps. It is open only once a year to the public for a stair run. 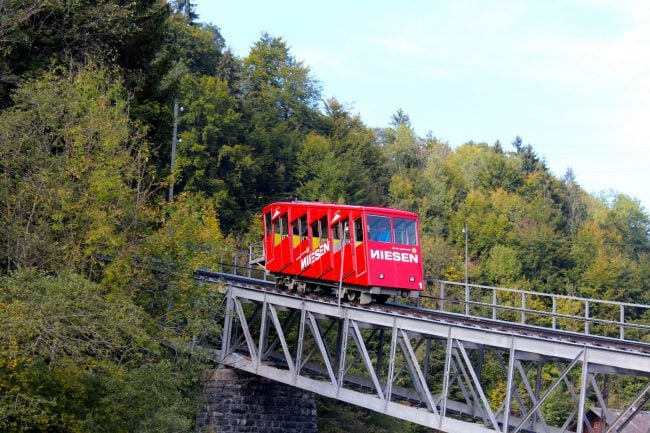 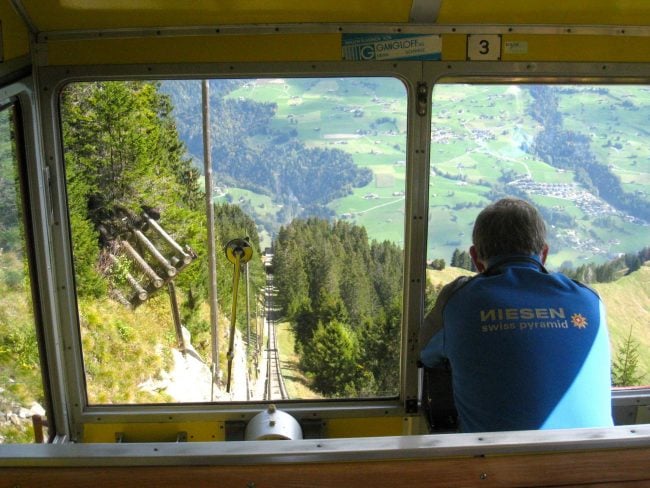 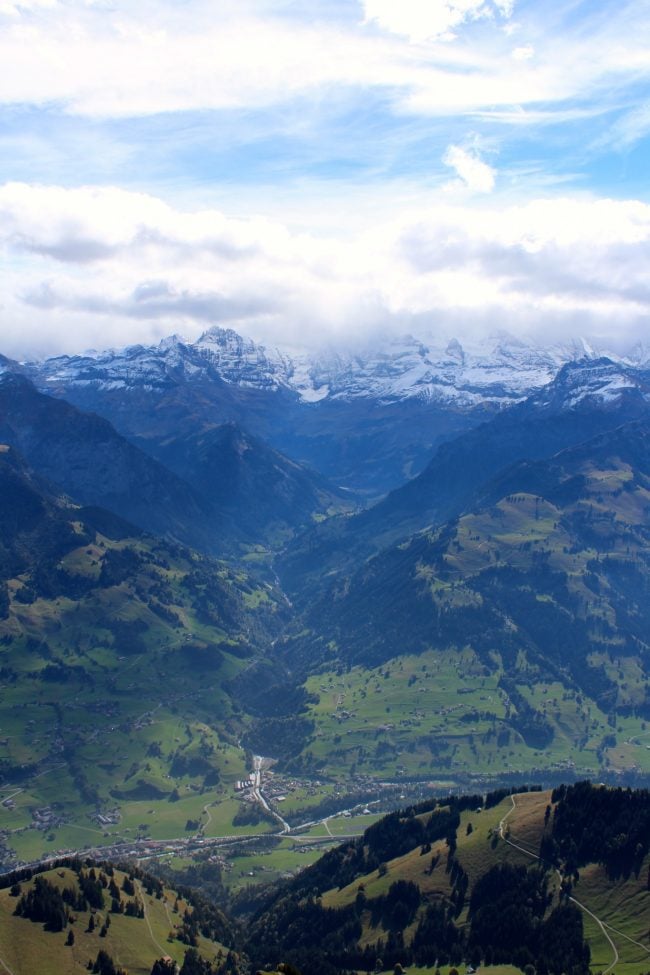 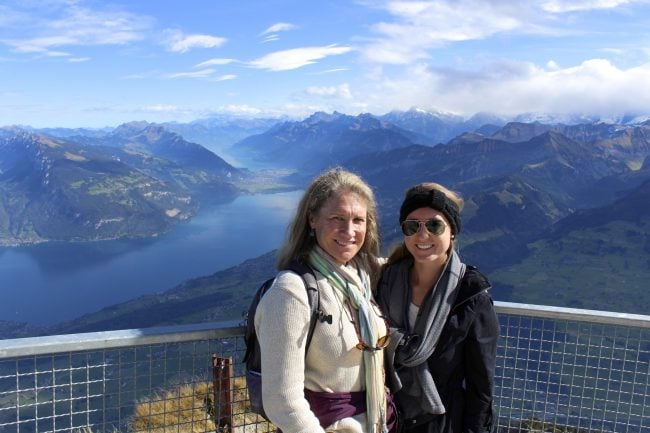 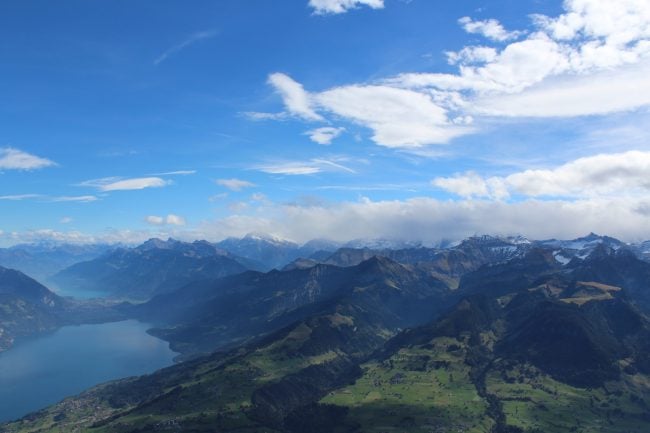 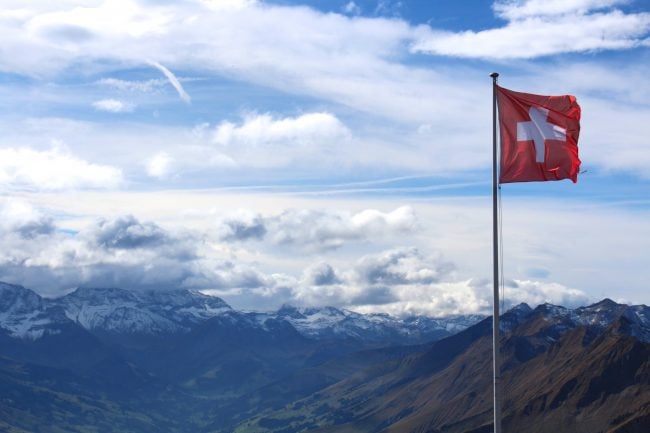 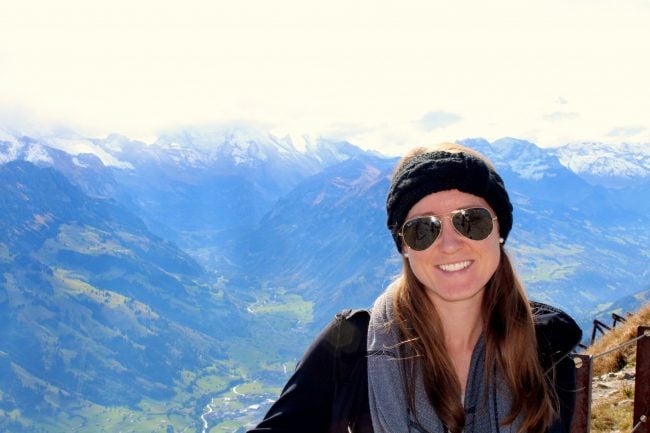 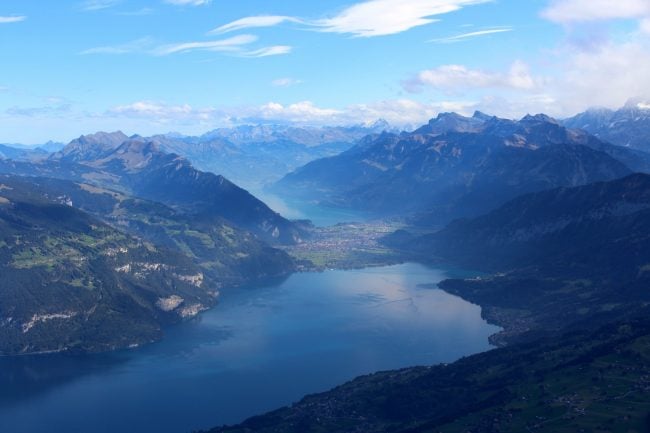 Once we descended the mountain and returned to sleepy Spiez, we decided to tour Spiez Castle which was right across the street from our hotel. It is pretty neat to be able to stand in, and climb the creaky stairs, an ancient castle that dates back to the 12th century.

Switzerland took my breath away, encouraged me to venture outside of my comfort zone, and gave me the travel itch to see more of this beautiful Earth that we live on.

If I have the chance to visit this picturesque country again, I would in a heart beat. 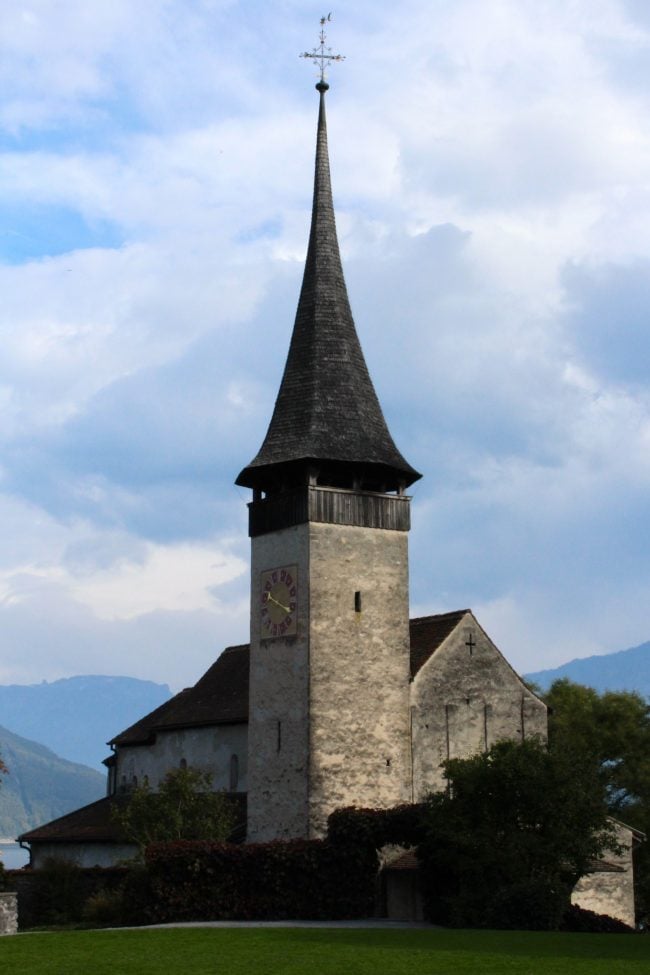 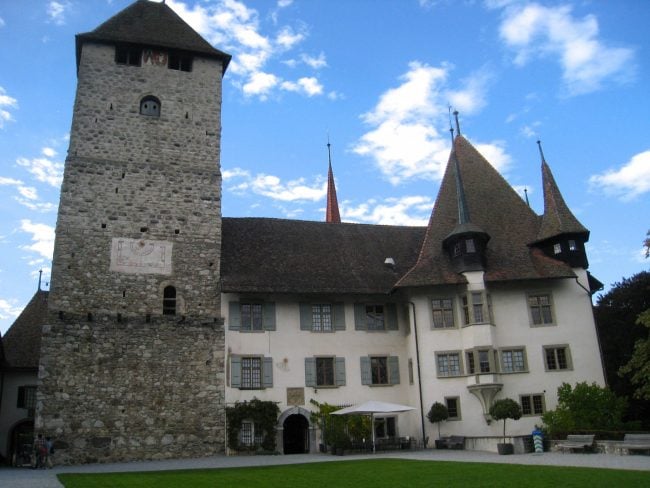 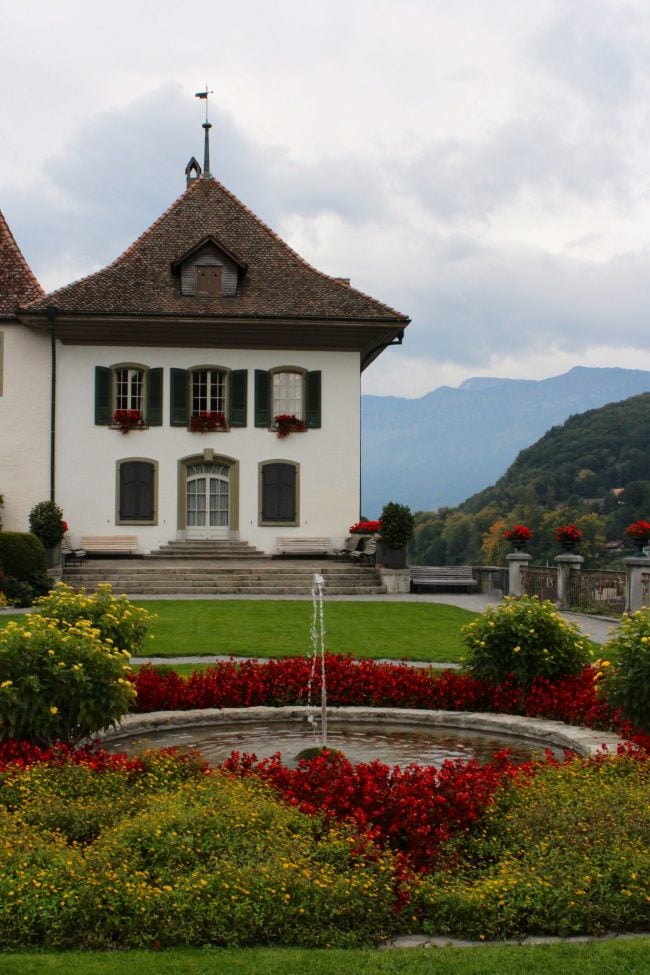 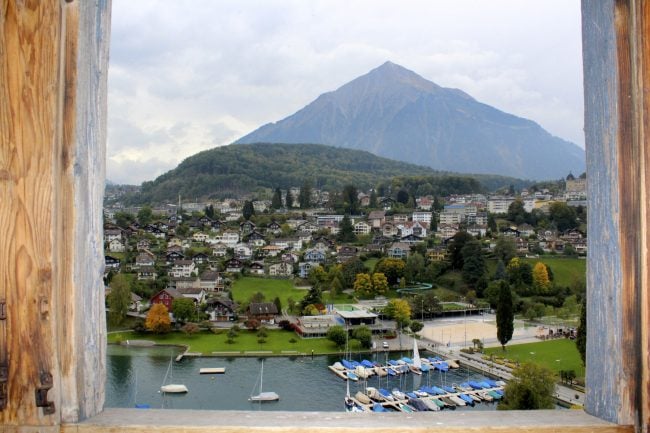 Mt. Niesen from inside Spiez Castle

Paris // Where We Stayed